The mission of Direct IT is to take care of the client's infrastructure and to select solutions that will secure and improve daily work as much as possible. As part of the partnership with our regular clients, we often suggest solutions for them to ensure the highest security level. This was exactly the case of Salvita – we proposed to implement the FortiGate system to secure the corporate network against external attacks and to prevent the use of inappropriate content on the company computers. 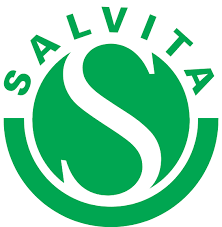 Salvita is a medical clinic at the “Lech” housing estate in Poznań, with a branch on Katowicka Street. During our work with the company, we noticed that the firewall used by Salvita was not adequate to the needs. Since integration of the systems used in two locations was required, the clinic's data needed a more advanced security solution.

To increase security, we proposed the implementation of the FortiGate system with a subscription to network security services at both locations. This offer also included the connection and integration with AD and the connection of the Zabbix monitoring system, which is used by Direct IT to monitor the supported devices. Importantly, as early as the bidding stage, we presented the client with possible difficulties that we might encounter during the implementation so that, together with Salvita, we were able to limit the impact of the difficulties on the daily operation of the clinic.

We planned the installation of the equipment on a date that could not adversely affect the operation of the clinic in both locations. Prior to the installation works, we agreed with Salvita's representatives on the exact scope of the security measures and restrictions to be implemented. The agreement was necessary to limit the number of websites that can be accessed from Salivita workstations. To facilitate the selection of the websites, several employees were chosen to test the agreed security measures, so that all the elements that needed to be changed were detected, as they were not included at the consultation stage. Thanks to the constant contact and quick response from Direct IT, it was possible to efficiently eliminate all shortcomings and errors.

The security measures were implemented on the basis of the FortiGate 60E (headquarters) and FortiGate 30E (branch) devices. Their most important features are: the ability to use a VPN tunnel, hacking prevention, website filtering, anti-spam and virus protection, anti-spyware application, control of instant messaging and P2P applications, and general protection of data on the company's servers against suspicious websites and software. A week after the implementation of the solutions in the test group, we consulted the results with Salvita representatives. At the same time, we also set a deadline for implementing the solutions throughout the company. The next step was to launch FortiGate for all users at the clinic's headquarters. In the first days, we consulted our clients regularly and made sure no problems or inconveniences arose. After some time, we also set a deadline for implementing the solution at the Salvita branch and, as a result, we launched FortiGate for all users. We regularly monitored the operation of the new solution and responded to requests related to the need to add another website to the list of blocked website or to allow the use of the indicated website. For this solution, it is extremely important that the customer himself decides what internet content can be accessed by employees on company devices at work and can constantly modify it, depending on the needs.

As a result of the implementation of the mentioned solutions by Direct IT, the data security of Salvita has increased significantly. This is especially important in the case of a clinic with access to patient personal data. In addition, it was possible to significantly limit the catalogue of websites used by employees, eliminating social media sites, websites intended for adults, games or threats to the system and the company servers bandwidth capacity. Salvita management noticed a significant improvement in safety after the implementation. They said: Thanks to the implementation of the FortiGate firewall by Direct IT, we can be confident about the security of our data. Suspicious e-mails have been eliminated, and sites that may pose a threat are also automatically blocked. Choosing Direct IT allowed us to notice potential threats, and the solution they offered was perfectly tailored to our needs. It is extremely valuable for us that the company provides support after the implementation – thanks to this, we know that the solution will be constantly updated so that our data remains safe for years.

GC Metal IT infrastructure migration to a new location